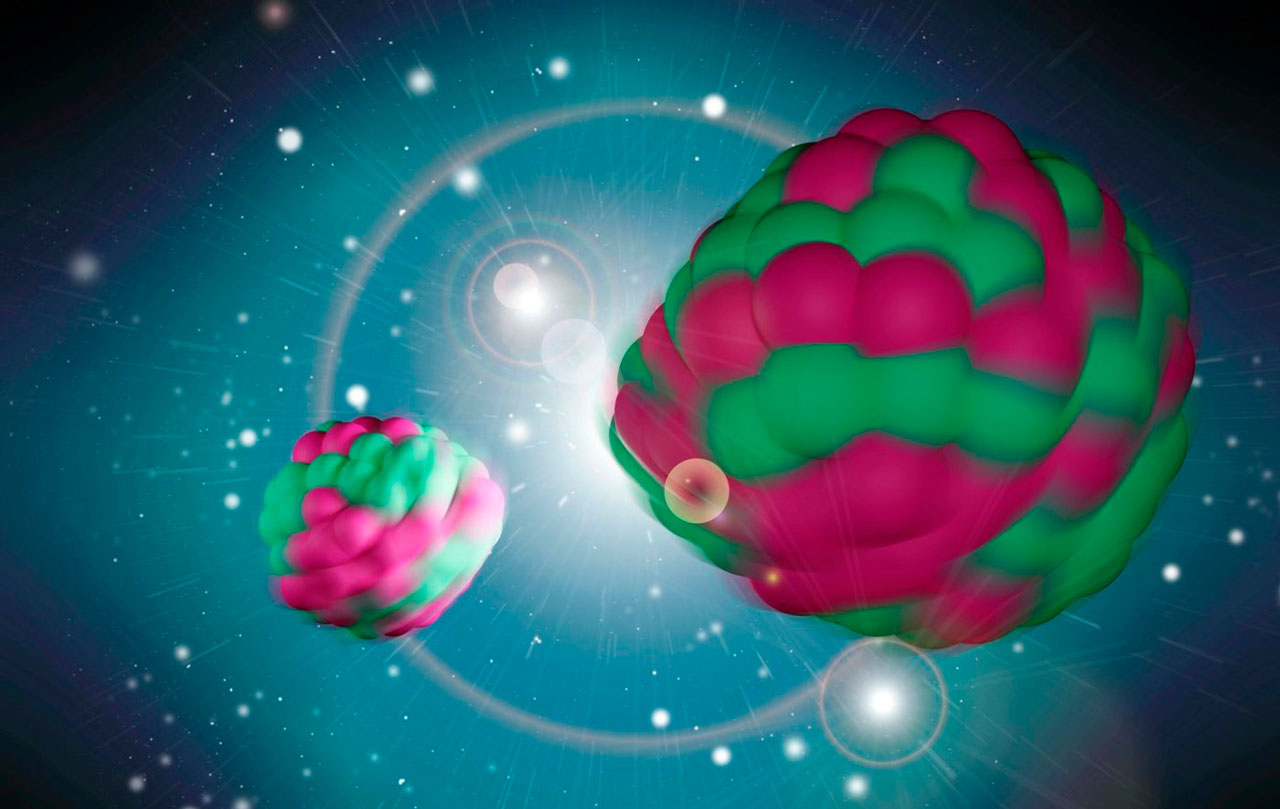 A new scientific study, carried out by the international nu-ball collaboration with the ALTO platform, has just made a decisive contribution to an important problem in nuclear physics: why, when a heavy atomic nucleus fission, we observe that the The resulting fragments come out rotating on themselves (with angular momentum), even though the original nucleus had no initial rotational movement. There are many competing theories on this fission mechanism: the majority of them claim that the rotation of the fission fragments is generated before the nucleus separates, which leads to a correlation of the spins of the two partner fragments.

Jonathan Wilson, Nuclear Physics Pole of IJCLab, Decay and Fission Spectroscopy Team (SDF) is at the head of the international nuclear physics collaboration nu-Ball”, an international collaboration of nuclear physicists comprising 37 institutes and 16 countries. They conducted a series of experiments at the ALTO platform from February to June 2018, representing over 1,200 hours of beam time. Their unexpected discoveries resulted in a recent publication in the journal Nature.

To reveal the mechanism that generates the spin of the fragments, the team induced nuclear fission reactions at the ALTO facility and measured the gamma rays that are emitted in the process. Their data shows that the spin in the fission is actually generated after the nucleus splits. This new knowledge on the role of angular momentum in nuclear fission is important for the fundamental understanding and theoretical description of the fission process. They also have implications for other areas of research, such as studying the structure of neutron-rich isotopes and the synthesis and stability of super-heavy elements. They can also help to understand thermal effects generated by gamma rays in an operating nuclear reactor.