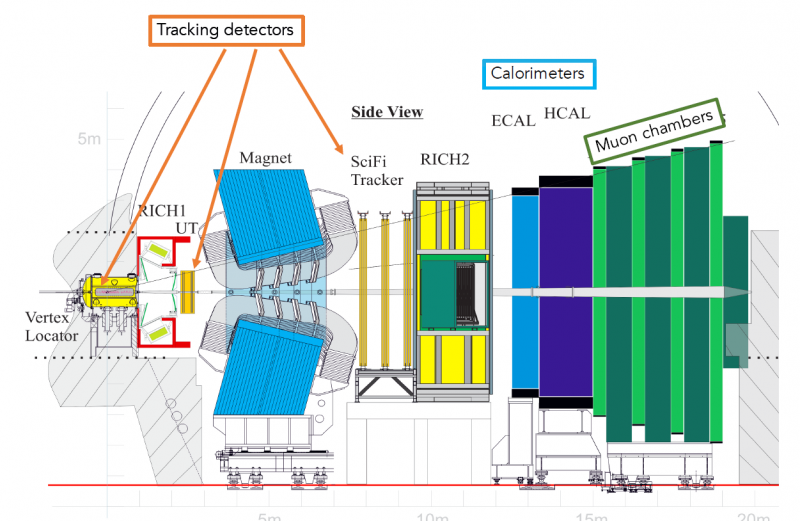 Marie-Hélène Schune (PHE Pole), CNRS silver medalist in 2019, has just been awarded a European ERC Advanced Grant to search for the flaws in the Standard Model. Funded over the next 5 years, this experimental program will use data from the LHCb detector at CERN, those already available and those that will be recorded in the years to come.

Today, particle physics is in an unusual situation. The Standard Model, which theoretically describes the constituents of matter and their interactions, is capable of accurately describing a very large number of measurements. However, there are many clues, especially on the cosmological and astrophysical side, that suggest the existence of "new physics" should exist, but we do not know where it will manifest itself.

The Chiaroscuro project aims to study more particularly the decays of b quarks, by which a b quark is transformed into an s (or d) quark and a pair of electrons (or muons). Examining the way in which particles are emitted (via their angular distributions) is indeed a particularly promising technique for questioning the Standard Model. This indeed provides for the universality of lepton coupling, in other words the fact that electrons and muons behave identically. Various measurements suggest that this is not the case experimentally.

The objective of the project is to better understand these deviations from the Standard Model in order to see where and how this “new physics” occurs. The project will use CERN's LHCb detector to benefit from the enormous production rate of hadrons containing a b quark, by developing innovative reconstruction and calibration techniques for the LHCb electromagnetic calorimeter.