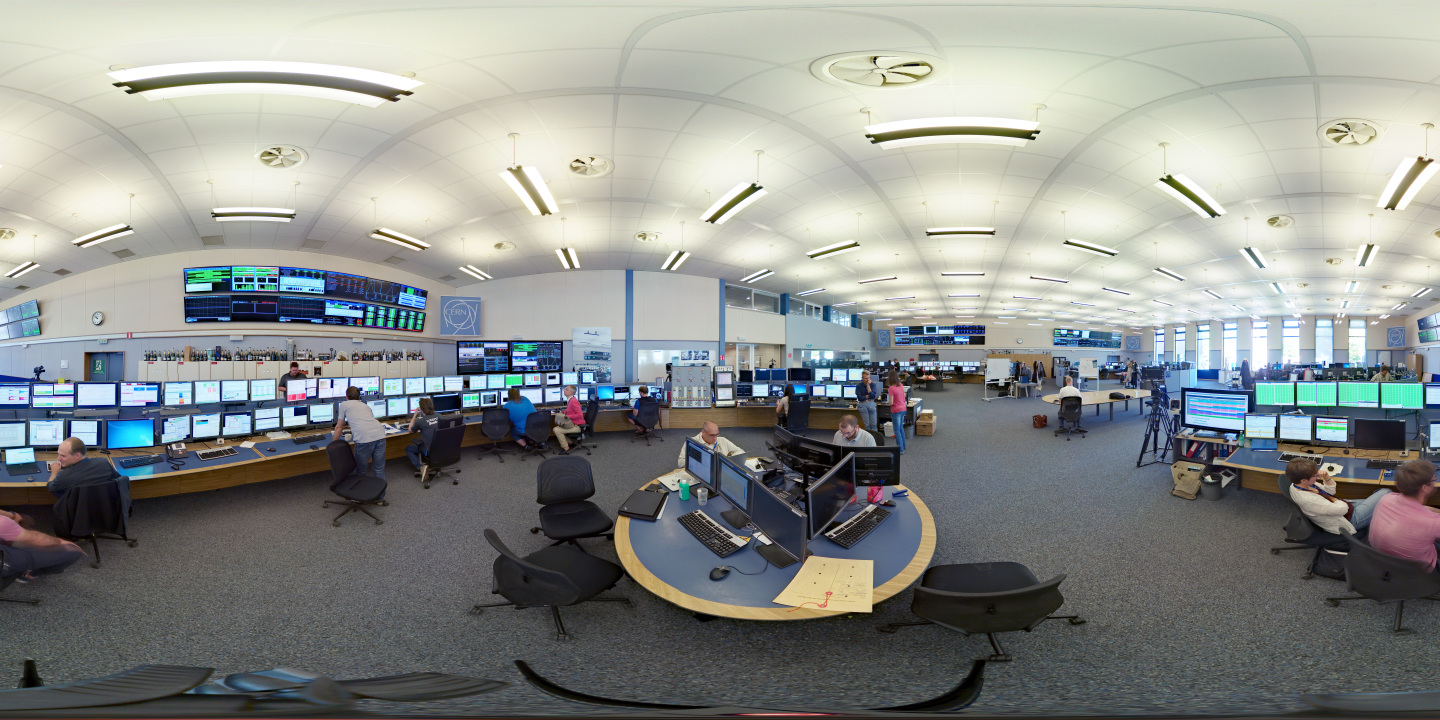 After a three-year shutdown (Long Shutdown 2 or LS2), a first pilot beam was injected on October 19, 2021 to commission the LHC machine, in order to prepare for Run 3 which will begin in 2022. Beam collisions protons were able to take place stably on October 27. During this shutdown, the LHCb experiment significantly improved its detector, and the LHC test beam was a very interesting opportunity to test the already installed elements of the LHCb detector. One of these elements is a new detector for measuring brightness, called PLUME. It consists of photon detectors placed around the beam tube and sensitive to Cherenkov light emitted by particles passing through the detection elements. Another element is the LHCb calorimeter. Although most of the components of this detector have not been replaced, this calorimeter now has completely new Front-End electronics, which are also used by PLUME. The goal is to achieve a faster data processing (40 MHz) to adapt to the increase in instantaneous brightness expected during Run 3. The installation of the electronics of the calorimeter and the PLUME detector has been carried out. by the IJCLab teams just before the start of the test harness.

This LHC test beam was the perfect opportunity to test the electronics and identify certain problems: electronics not configuring correctly, poor optical fiber connection between the front-end boards and the acquisition system, etc. of these issues were resolved during this week of testing. In addition, data could be recorded to study the time alignment of thousands of calorimeter channels and obtain a first estimate of luminosity with PLUME. During the last two days of the test the two detectors were integrated into the central data acquisition system of LHCb.