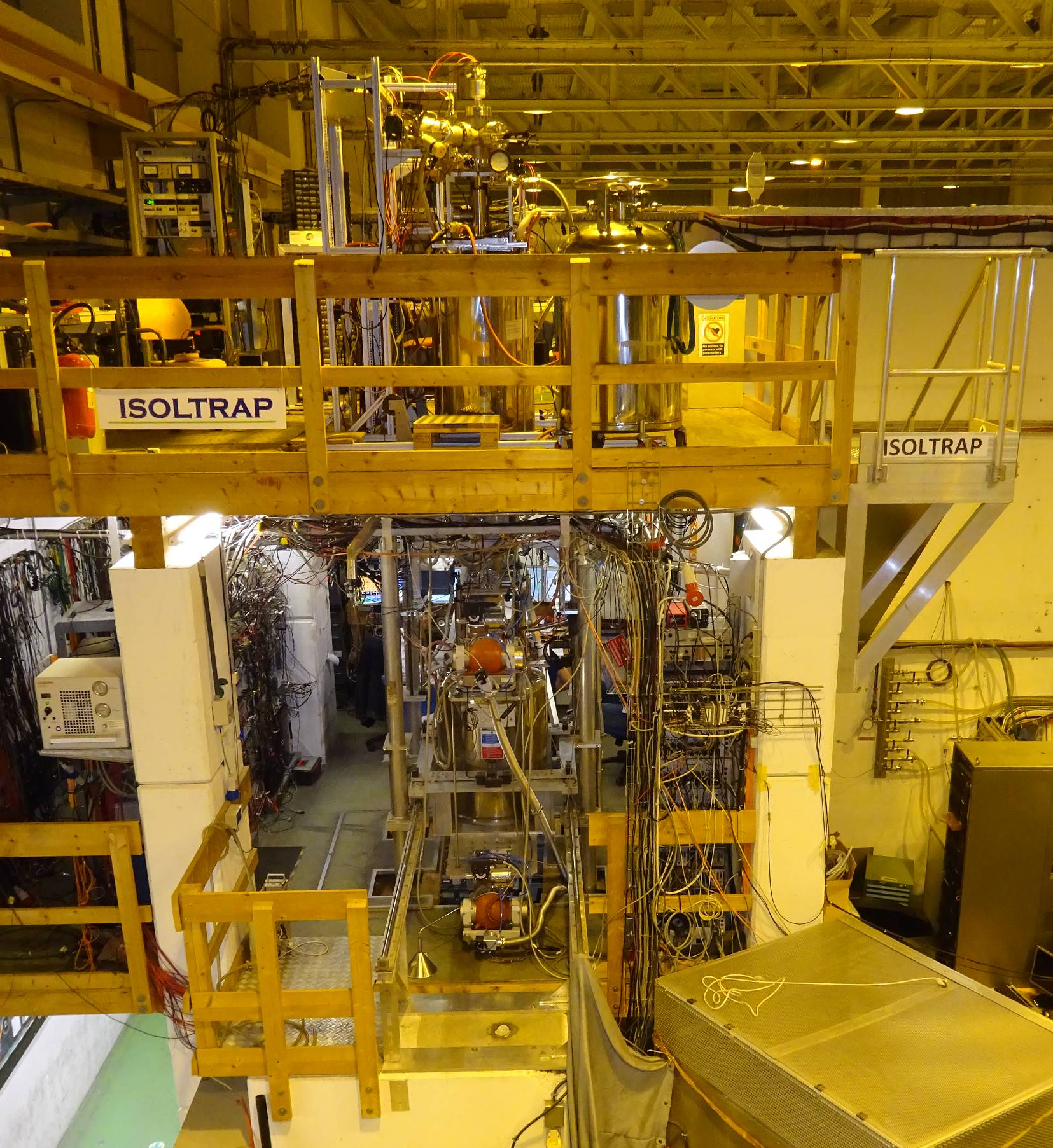 In an experiment conducted at the ISOLDE facility at CERN, the ISOLTRAP collaboration was able to indirectly obtain information on the binding energy of the tin 100 double magic nucleus.

Atomic nuclei have only two ingredients, protons and neutrons, but the relative number of these ingredients makes a drastic difference in their properties. Certain configurations of protons and neutrons, with "magic numbers" of protons or neutrons arranged in filled shells in the nucleus, are more strongly related than others. The rare nuclei with complete proton and neutron envelopes, which are referred to as "magic doubly", exhibit particularly high binding energy and constitute excellent test cases for the study of nuclear properties. With 50 protons and 50 neutrons, tin-100 is of particular interest for the study of nuclear properties because, in addition to being doubly magical, it is the heaviest nucleus comprising protons and neutrons in equal numbers - a characteristic that gives it one of the highest beta decay rates.

Recent developments at the ISOLDE facility have made it possible to produce the neighboring nuclei indium-101, indium-100 and indium-99, one proton only below tin-100. The measurement of the mass of indium-100 carried out by ISOLTRAP is ninety times more precise than the previous one, which amplifies the difference between the values of the mass of tin-100 deduced from the most recent on beta decay. The researchers then made comparisons between the measured masses of indium nuclei and new sophisticated "ab initio" theoretical calculations that attempt to describe nuclei from first principles.This result is a foretaste of physics, very interesting, which will be approached at the future S3 installation of SPIRAL2 at GANIL. This work, in which physicists from IJCLab's Nuclear Physics Pole are heavily involved, appeared in the journal "Nature Physics".